Prior to reading Kevin Gould’s article in the Guardian, sometime during lockdown #1, which described Olhão as “a whitewashed village adrift in the kissing sea”..,  I had been blissfully unaware of Olhão and the Unesco protected Ria Formosa wetlands, that surround it.

I say blissfully unaware because, on reading the piece, I found myself falling a little in love with this “hardworking”, “hard living” fishing town and was subsequently filled with a yearning to visit there.  After 18 months or so, as soon as work and the relaxation on travel rules permitted, we headed over to this little haven on the Eastern Algarve.

Famed for its fishing industry and its lively market, the old town of Olhão is a maze of cobbled streets and passages with low rise, white, cube like houses, reminiscent of those across the water in Morroco. Some of the buildings are larger and grander with colourful tiled facades, making for a glittering display in the sunlight. Others are shall we say, a little faded and crumbling, but in a really good way.

We were fortunate to be staying in one such restored fisherman’s house, with its cheerful yellow front door. The upside down living arrangement that makes so much of the abundant light that spills in from the roof terrace, suited us well. I later learned that these fishermens houses were built with several terraces to allow the catch to be windried in the fresh sea air. But we were happy just to sit on the top terrace watching the sun go down over the numerous roofs and to watch life going on below us.

The local bar, just a few steps away, was “Cafe Chocolate”; a very low key bar, with the best stack of buttery toast and a great view of storks nesting on high, at the church, opposite. This became our breakfast haunt of choice and we soon started to recognise a lot of the same faces each day. One mystery we never figured out was what the Chocolate reference was, not having seen an ounce of chocolate in evidence…(an investigation to be resumed on our next visit, perhaps?).

Happily, the house was also located just a couple of hundred metres from the seafront through a small, at times, confusing network of streets, corners and the odd alleyway. On emerging from the cool streets,  the broad vista of the sea was quite a sight to behold with its bobbing boats of seemingly endless shapes and varities.

You are also at once struck by the sight of the handsome twin redbrick market buildings which seem to dominate the seafront, in quite a fitting way. The outside perimeter of the market buildings housing a multitude of tiny bars and eateries, with people spilling out onto the sunny street at all times of the day.

As is our want, we spent a great deal of time “hanging around” the market. Often poking about the stalls in one of the market buildings;  fish and seafood are housed in one, whilst the other houses the abundant local fruit, veg and produce.

Or, fairly often, we could be found outside in one of the numerous bars, sampling a morning coffee, or more likely a beer (it soon became obvious we were in Superbock country), a lunch time or early evening aperitivo, with a delicious “bolinho de bacalhau” (salt cod croquette); there seemed to be a bar for every hour of the day and you could follow the sun or shade around, accordingly. There also seemed to be a good few local characters, for a spot of people watching…

Speaking of good bars, when we managed to tear ourselves away, just a step or two from the market we found the atmospheric tavern like  “Casa Sete Estrellas“. Small and dark, with wooden benches and wine by the litre from the barrels behind the counter, it was right up our street. This is the kind of spot I could imagine seeking refuge from the midday sun in and perhaps spending a bit of a “lost” afternoon chatting with whoever happened to cross the threshold.

We found some great spots for lunch including “O Trevo“. The simplicity of this tiny place was instantly appealing; 2 guys; one waiting the tables, the other grilling the fish, in the street. The kind of down home place we find impossible to ignore. And as usual, when we follow our noses, we were not disappointed; a good lunch ensued of freshly grilled fish, salad and potatoes (slight side note; my personal nemesis of boiled sweet potatoes are popular round here and are served along standard spuds. I developed a tolerance of them – but won’t be switching any time soon!).  Very few words were exchanged in this eateries, other than what colour wine did we want, no menu choices were discussed.  A very simple and pleasing transaction.

One warm day,  we walked in the direction of the seaside village of Fuseta and happened upon some salt flats just outside of Olhão. We had seen local salt being sold at the market and wondered whether this industry went hand in hand with the fish canning industry for which Olhão was once the main centre on the Algarve. (Perhaps the success of this industry could explain some of the grander properties in the town?).

On the return leg of our walk we got ever so slightly lost.  On what turned out to be a hot afternoon, we found ourselves in an industrial area and stumbled across a unit called simply “O’ Sardines“. Again we were absolutely powerless to resist the lure of the roadside grill (and the Superbock)…!!

Early on in our stay, again just round the corner from the house, we found ” Frango da Cidade” (“City Chicken”), which was to my mind about as perfect an eating “concept” as there is. A family affair, grilling chicken (and fish), serving it simply in a lively environment, with good bread, chips and salad. It was so good, we went 3 times!!!!

One glorious day, we took a short boat trip to one of the local islands “Culatra”. We were bowled over, not only by the beautiful, deserted beach and the rolling majesty of the Atlantic, but also the rows of pretty fisherman’s cottages and the hypnotic air of calm about the island. The slow pace of life put us in mind of what the world must have been like in times gone by.

We stopped for lunch at the Brazillian owned “Zarica“, set back from the front; its pretty ice cream coloured front, so inviting. We could not have wanted for a better meal or a friendlier host. Our lunch of grilled tuna and the supersweet clams that Olhao is renowned for, just perfect. Certainly, island life seemed very appealing and left us wishing to return as soon as we are able.

Olhão also has some great Pastelarias or cake/bread shops; the smell of good baking is often on the air and you are never far from a delicious pasteis de nata (Portugal’s famous custard tart). We found a typical Easter time cake called “Folar”. Intrigued by its bun like appearance, I bought one from the market from Angelina, the lady who had made it, where it was sold by (its not inconsiderable) weight!  Rather than a bun, it was heavy and dense, highly flavoured with cinnamon and aniseed with an intricate layered formation. Super sugary, but super tasty; the cake was to sustain us on our Camino journey which followed (a good substitute for Kendall’s mint cake….)

Throughout our stay we were lucky with the weather, but rain was forecast on our final day, so we knew a plan was needed…. Several times, very near to the house, we had passed a tiny “snack bar” (a confusing term, which doesnt really equate in English, this place selling so much more than snacks) called “Domino“,  which always seemed to have a “full” sign on the door.  Intrigued by this, and the fabulous smells emanating from the door, we could tell this was not to be missed, so we were fortunate to book a table for that final lunch.

Our meal was just delicious; from the super fresh boquerones (anchovies) as an aperitivo, the spicy, garlicky prawns, fab bacalhau with caramelised onions and the delicious octopus rice. The people were so friendly; indulging us in our strange habit of cheese rather than dessert and gifting us some of their homemade fig grappa….and the price for all this; a fraction of what we would have paid at home (“if”, as we like to say “you could find it!”).

I cannot think of enough superlatives to describe the experience in this friendly, cosy place, nor a better note on which to end our stay in delightful Olhão – other than the deeply felt knowledge that we will be returning very soon. This chapter feels far from over…. 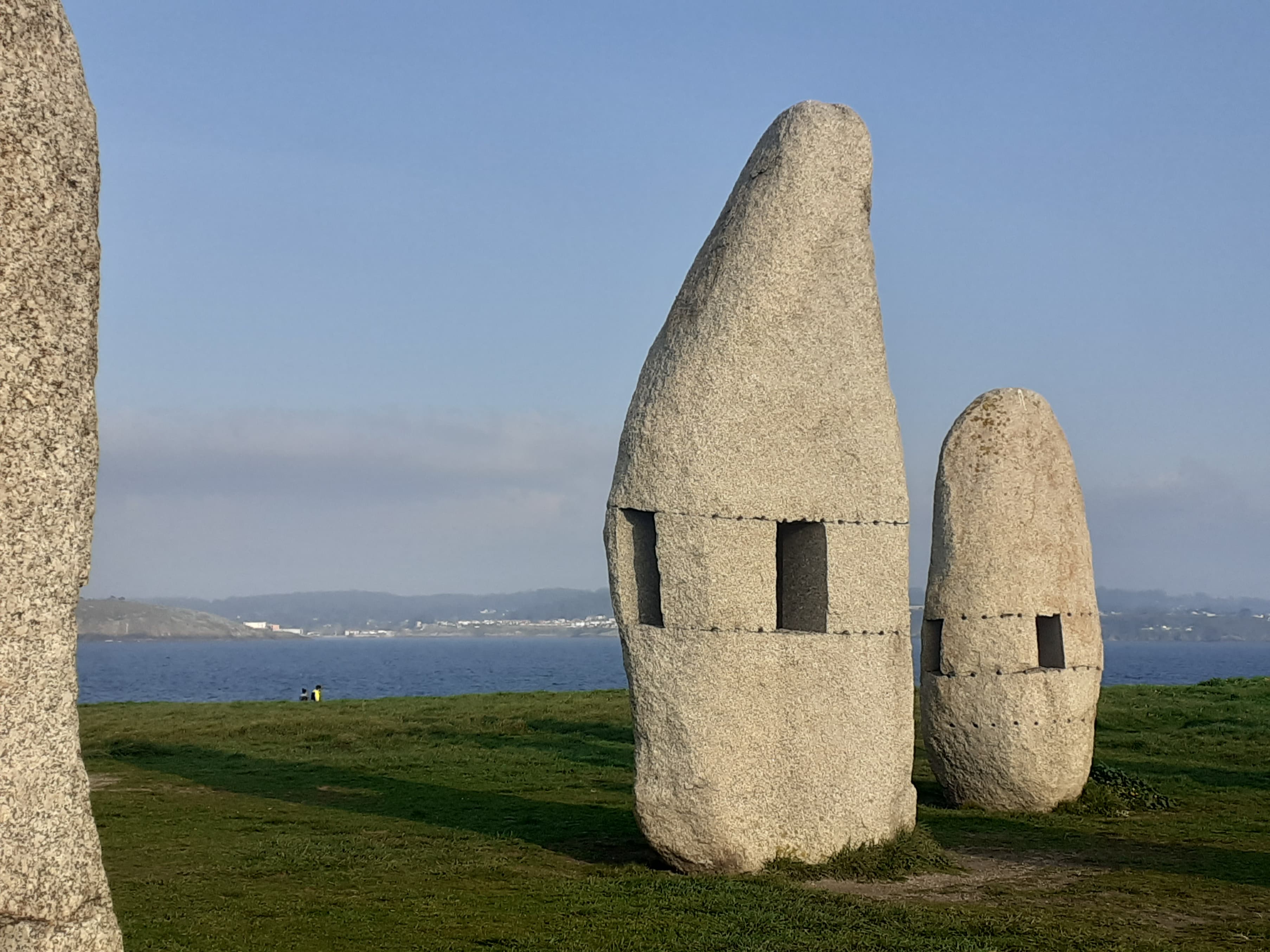 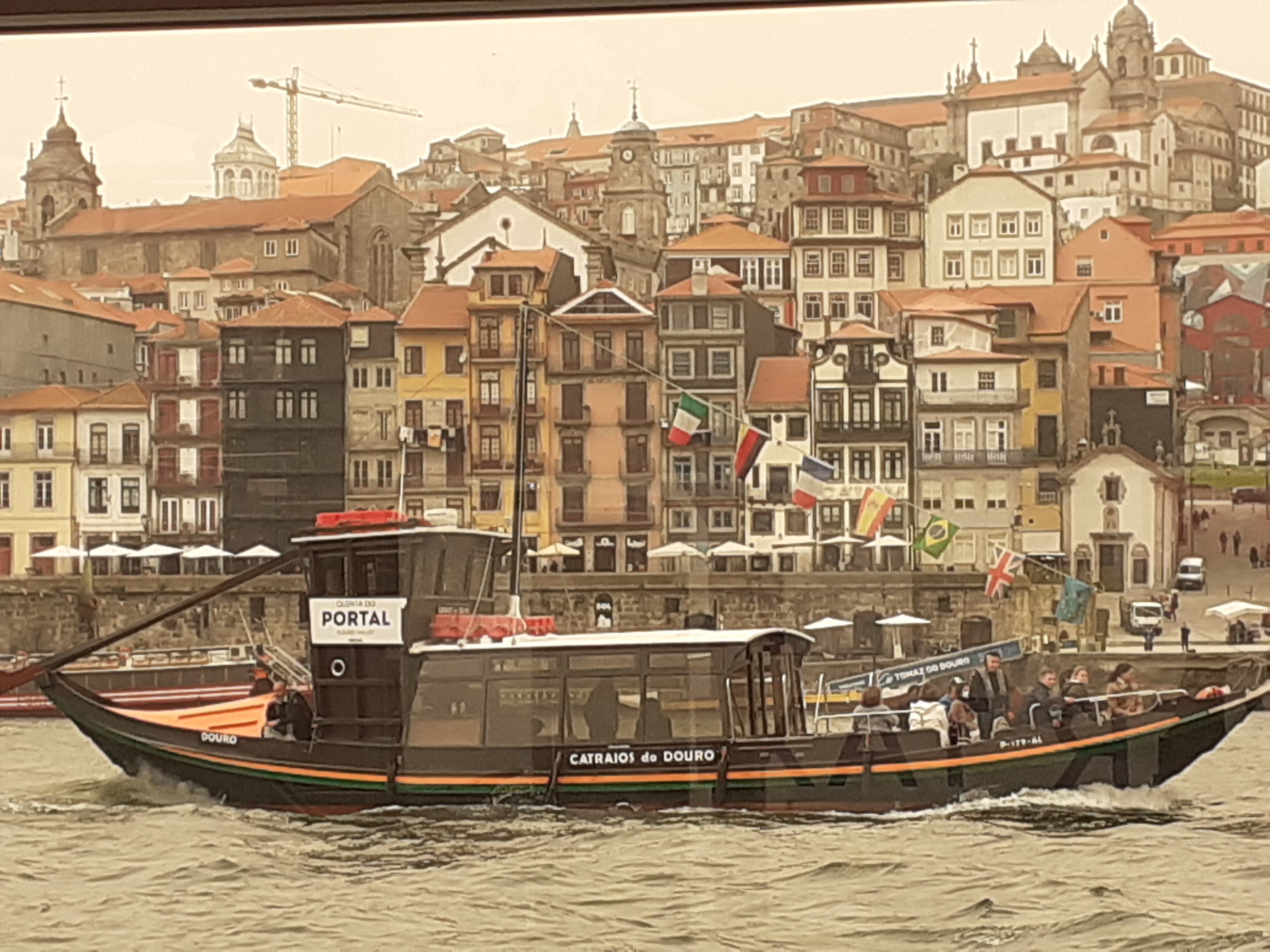 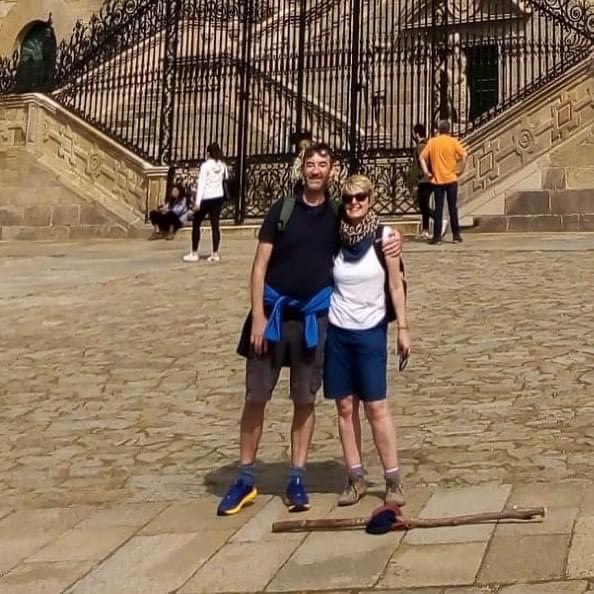