Tapas. The word, or rather, concept means a lot of different things to a lot of people.

Literally meaning a lid, a tapa is a small plate of food served in a Spanish bar.
The practise of eating tapas has its own verb “tapear” and in Spain it is normal practise to meet friends in order to “tapear”. (In fact, it would be more unusual to have an alcoholic drink without something to eat – such a civilised culture!). So, essentially tapas is a style of eating, rather than the composition of the dish. (NB The Chinese have a similar tradition of small plates with dim sum, the Italians have cicchetti and the Greeks have mezze, and so on).

There are numerous theories about the origin of tapas; including one that claim that they were used during the Spanish inquisition to ascertain the religious persuasion of a person ie. Which tapas would they eat and which would they refuse? (think Pork, shellfish…)

I don’t know whether this is true, but I lean towards the theory that bar owners developed the practise of serving a small slice of bread to keep flies out of the wine. Over time, this small offering of bread and may have included ham or cheese, which in turn, evolved into the dishes we recognise today.
Whatever the origin, tapas culture is alive and well, most notably in Andalucia, where the tradition is said to have started.

In its simplest form; a few slices of manchego & a glass of vino

Regional variations (these are general and based on personal experience)

In Granada a tapa is included in the price of each drink. You are not offered a choice and your bartender will often shout numbers through to the kitchen eg 2 times number 1, then 2 times number 2 (with your second round of drinks) and so on. This is fun, if you like a surprise, but a bit tricky if for example, you are vegetarian.
Almeria is fantastic for tapas. Not only is the tapa included in the price of the drink, you will be offered a smallish menu to make your choice from. You will also have the option to add extra tapas for a small charge. The standard and quality is very good in all the places we visited. Most notably Casa Puga and El Quinto Toro (see our blog Taste of a Place – Almeria for recommendations).

In Cadiz you will be offered fantastic fried fish, often in a tapa size (see our blog When in Cadiz – no fuss rules). The quality and freshness of the fried anchovies, squid and adobo (marinated dog fish) is invariably fantastic. If you venture to our favourite seaside town of Zahara de los Atunes, you will be offered the freshest atun (tuna), in every form imaginable; tartare, ceviche, grilled, kebabs, smoked, tataki). Highly recommended! Also recommended in all venues are the alino dishes; potatoes, carrots, roasted peppers or seafood served in a refreshing vinegar dressing – perfect in the searing Andalucian heat!

San Sebastian and the Basque Country in general, have a different tapas tradition. Here the small bites are known as pintxos (pinchos) and refer to small rounds of bread with elaborate toppings, pierced with a cocktail stick, or similar.

Pintxos will be displayed on the bar and are truly an art form. In good bars a hot plate of pintxos will come out of the kitchen at regular intervals. This will be paraded around the bar for you to help yourself to. (NB it’s impossible to resist and you will end up eating way more than you intended!). At the end, your bartender will count up the cocktail sticks at to work out your bill (you may be surprised at your capacity for eating these tasty morsels!).

Murcia is rumoured to have some of the best tapas. On a recent trip to Cartagena I found them to be a bit “patchy”, but this could have been due to the venue and menu choices we made.

I would say they were more expensive and on the ”creative” side, which works sometimes. (I do admit to being a bit of a tapas purist, preferring the simplicity of bit of cheese, a beautiful homemade croqueta, a handful of olives, etc!)

In my experience, Catalonia is not big into tapas. It just isn’t part of the food culture here, where they have their own fabulous regional cuisine. You may see a few tapas dishes such as calamari (deep fried squid rings), patatas bravas, anchovies and the like, but it isn’t that widespread (from what I have seen).

When you do see tapas, as with all the cuisine in Catalonia, it is likely to be of the highest quality; We have had the most amazing prawns from Palamos and anchovies from L’Escala both served as tapas. Most recently we had the best patatas bravas ever – at Mooma cider, sitting amongst the apple orchards – 2 types of potato in one dish is a winner in our book!

We have also been to a couple of bars in Girona that serve pintxos, but these have been Basque bars. It must be said that Barcelona is the exception and there are many bars where you can eat tapas. I guess because it is a more international destination…

It seems, certainly in Arcos de la Frontera (Cadiz) where we have spent so much time over the last years that the future of tapas is in safe hands. We have noticed a new generation of young chefs coming through to produce “tapas creativas”, often a twist on the traditional favourites. For example, the recent patata brava I ate at Hotel Calderon which was a whole, hollowed out fried potato containing the brava sauce. Very tasty it was too!

I have also recently had some great tuna tataki at Avenida 34, which was seared and coated with crumbled kikos (fried corn).

Ensaladilla is being served in new, delicious combinations, such as the ensaladilla de pulpo (octopus) served at La Carcel.  Items served on toast is also becoming big news and I have tried great versions at all the afore-mentioned venues!!

So, it seems we tapas lovers can rest easy knowing that the future is in good hands!

Practically all bars serve tapas to a varying extent (unless they are a bar de copas – or drinks only bar).
Look for busy bars where most people are standing up eating and the floor is strewn with used napkins. This is a good sign!
By all means, take a quick squiz in the fridge unit on the bar counter, but this will only give you a small picture of what is on offer. There will usually be a menu where you can choose dishes of various sizes. (NB hot dishes will usually only be available during kitchen hours, usually 1-4 and 8 till late).
As a rule of thumb; a tapa size is really only suitable for 1-2 people. If there are more people order a racion or a media racion (1/2 portion). If the dishes only come in tapa size, order more than one…
It must be said at this point, (and I say this advisedly, having run a tapas bar in the UK) if there’s one thing that throws some Brits into a tiz, it’s the notion of sharing their food! It’s just not part of our food culture (though it is becoming more so, with the advent of “small plates” on most menus). It became abundantly clear that sharing is not for everyone. So I would advise you to only share food/eat tapas with people you really love!

Finally, always remember; it’s not your dinner! Tapas are snacks to be eaten as a prelude to a meal, or a snack.

Most of all, remember – its supposed to be fun! 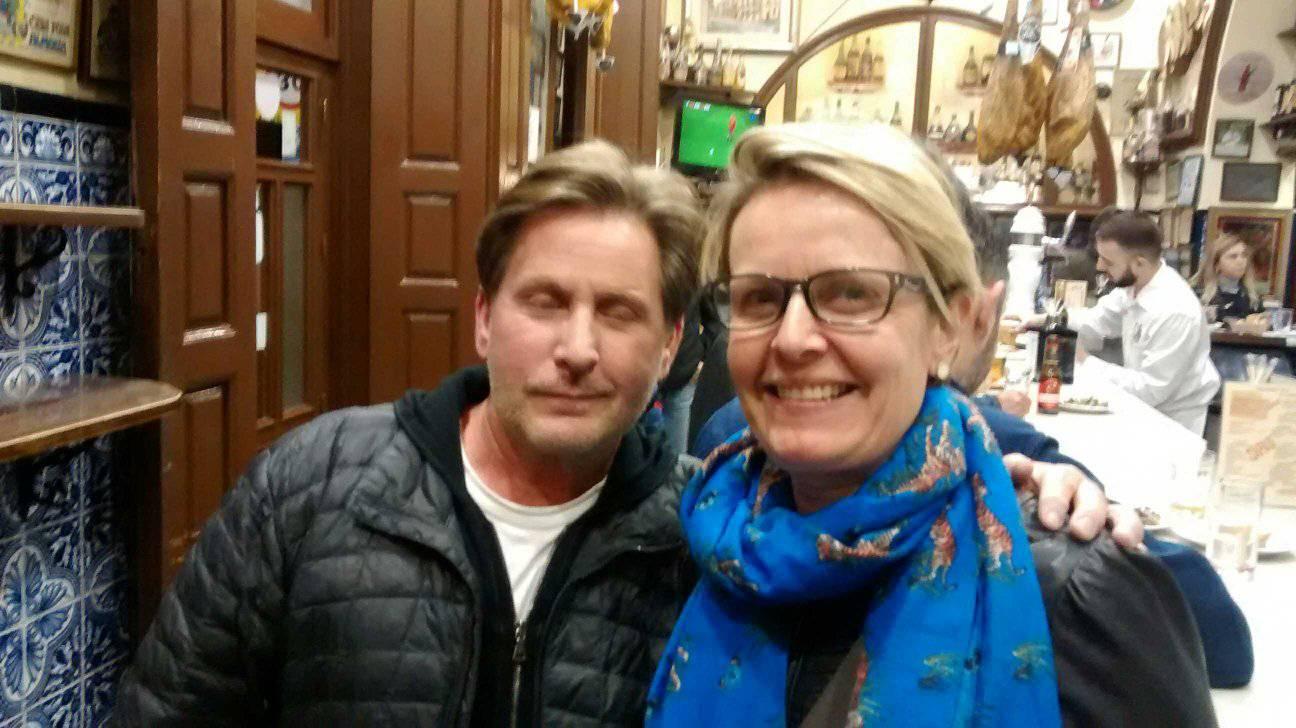